"Chirotope is an animated sculpture directly inspired by the hand games of the ancient and baroque statues that dot the city of Rome. By observing the worked bodies, the drapery of the moving togas or the expressions of the faces, Fabien Zocco identifies in the sculptors an intention common to the roboticists: to mimic the human, to reproduce it in the most faithful way possible, to get closer to it. always more. The work thus materializes the analogy between sculpture and robotics. The hands, both straight, communicate with each other. They dialogue together to the rhythm of a conversation between HAL 9000 (a supercomputer with artificial intelligence) and Dr. Dave Bowman, two legendary characters from the 2001 film, A Space Odyssey (1968) by Stanley Kubrick."
Indira Béraud, curator. 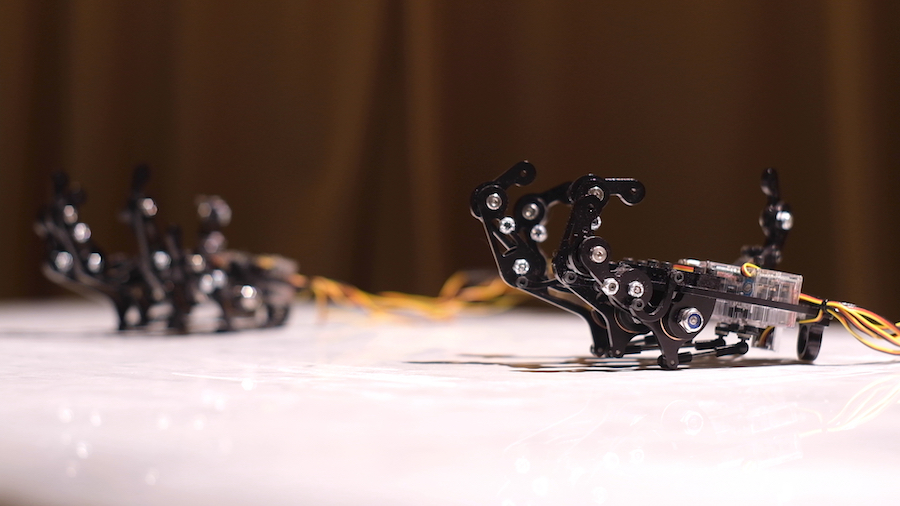 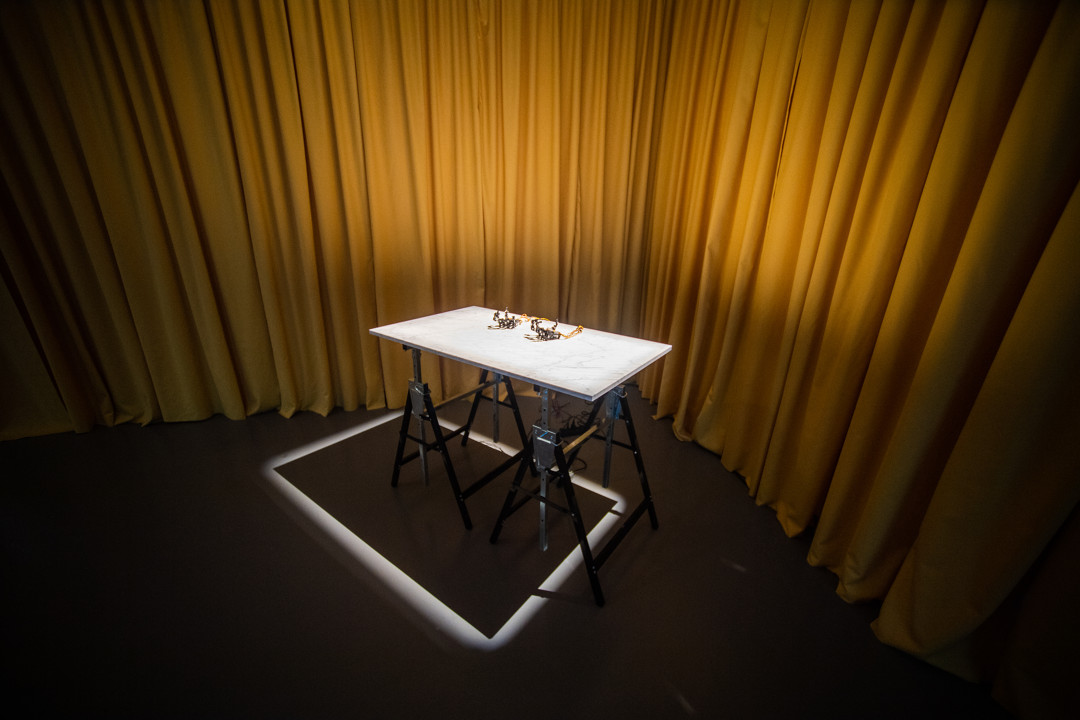